Do you know what these plants are? 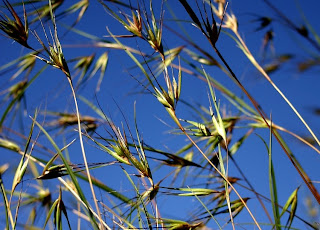 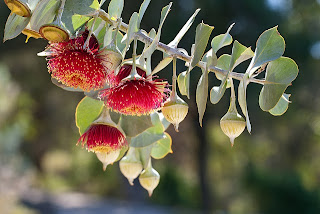 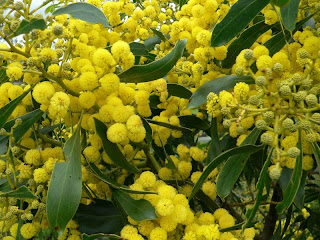 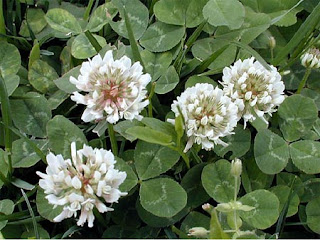 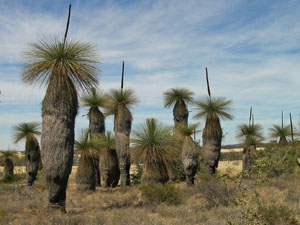 I'd be happy if you knew the Genus or Common Name. If you could get the whole botanical name, I'd suggest you knew your plants.

The reason I ask is because I think many undergraduates that I see in biological science courses don't seem to be very botanically literate. This is an observation rather than a judgement. I have no idea whether this has always been the case, but it seems that more and more students I encounter really have very little understanding of the plant world around them.

Perhaps plants are harder to 'sell' as organisms, despite their importance for habitat, plant-animal interactions, ecosystem processes, and beauty. Perhaps our urbanizing society explores natural places less, and has less space around homes to 'experiment' with gardens.

To test the idea that under-grads are not particularly botanically literate, I showed a group of students 10 images of plants I'd expect they would know if they had been paying attention to the world around them in Australia. Most of the plants I showed them were common or showy things that you can't help but notice - the sort of magpies, silver gulls, blue wrens of the bird world. Indeed, I'm sure if you showed them these birds, many students would probably be able to identify these species, which kind of would highlight even further that plants are invisible to many people. I showed them all the plants above, as well things like kangaroo paws, pink heath (the state floral emblem) and banksia.

Somewhat surprisingly, they did OK (well, some did - no-one got 10/10). Here's the data - I've plotted the number of specimens correctly identified on the x-axis, and the number of students in each group on the y-axis. 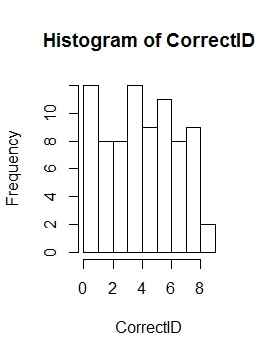 As you can see, 40/79 students got less than 50% of the plant names right. The species that were most recognisable were (sadly) white clover (a weed of natural systems but an important agricultural pasture plant), kangaroo paws (maybe because they are common in nurseries and spectacular to boot), and Golden Wattle (the floral emblem of Australia). Much to my horror, the beaut red-flowering gum above was recognised as a gum tree by less than 50% of students!!!!

The results are perhaps not surprising and help argue for the need to teach undergrads about the biodiversity that resides in their local environment. It's why I teach into a  second year undergraduate course that focuses on the basics of taxonomy, plant identification and plant ecology. These are fundamental skills to be acquired by botanists, and biologists more generally. We think this is crucial - botanical literacy is low it appears, yet many of the applied conservation jobs in Australia rely on good botanical skills. I hear over and over that our grads are valued because they can identify a plant (often the job interview includes a plant ID test), they can sample vegetation (in a quantitative sense), and they can analyse floristic data (using complex multivariate methods).

But, Botany Departments are in 'decline'. In July 2013, the last botany undergraduate in the United Kingdom completed their degree at the University of Bristol (British Ecological Society Bulletin 44, June 2013). Botany has now disappeared from the curricula of British Universities. It's been made extinct! Is this moving with the times, or an admission that plants are just not fascinating enough for students?

We are lucky to have two dedicated Botany Departments in my home state of Victoria - at the University of Melbourne and La Trobe University. Fortuitously, they do very different types of 'botany' - at UoM, there is a strong emphasis on modelling, while at LTU we focus on developing field-based skills, taught in dedicated botany classes with plant systematics and taxonomy an important underpinning philosophy, as is plant identification more generally. We think there is a place for students to have to learn about plant families and their spotting characteristics, to learn botanical terminology and nomenclature, and to collect herbarium specimens for lodging as voucher specimens in university and state herbaria. Others might disagree, but given the low botanical literacy levels amongst under-grads, there is a clear need for such teaching.

I plan to survey the students again at the end of the semester, after a strong prac component that introduces them to taxonomic keys, spotting characters and field sampling (species-area curves, quadrats, cover abundance estimates). The aim (hope) is that they'll improve their scores (making us feel relieved that we've taught them something!), but I'm just as interested in developing their appreciation of plants, and hope that some of them join us again in third year to continue their botanical quest.

[and, in case you're wondering, the plants above are: Themeda triandra, Eucalyptus macrocarpa, Acacia pycnantha, Trifolium repens, Xanthorroea australis]

Posted by John Morgan at 00:30 No comments: Links to this post